While ten years ago, discussing “mindsets” (or “beliefs and assumptions”)  in the workplace was rare, today's organizations understand that individual and collective mindsets create the lens through which direction is established, decisions are made, employees and customers are treated, problems are solved, new talent is hired or promoted, rewards are given and far more.  The “organizational mind set” impacts every aspect of your organization’s culture, and thus is at the very center of the Denison Culture Map.  Diving into the realms of mindsets, beliefs and assumptions is the highest leverage work that a leader, organization or team can do, as these directly drive behaviors that either support forward movement or hinder progress. 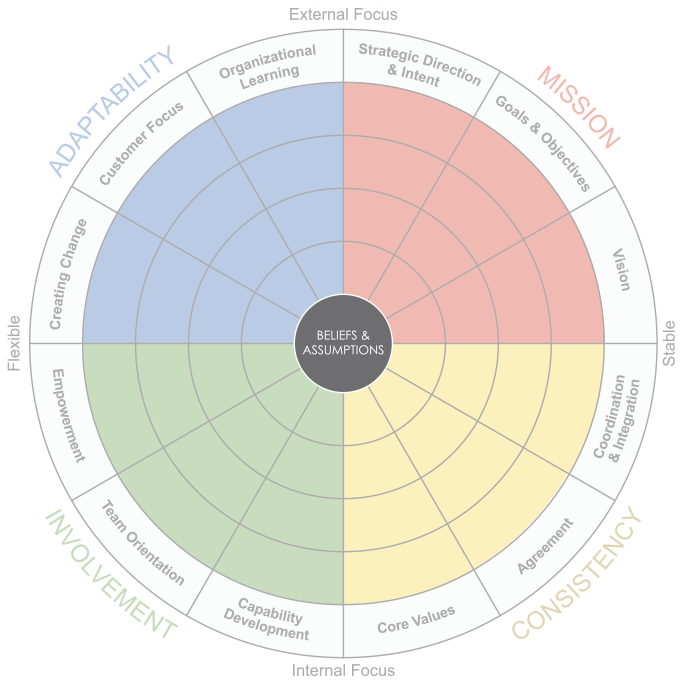 Find out how we can help

Talk to one of our team members today.

You gain strength, courage, and confidence by every experience in which you really stop to look fear in the face. Y… https://t.co/YQeXKFnIr9

We don't even know how strong we are until we are forced to bring that hidden strength forward. – Isabel Allende… https://t.co/NMokHwNJwO

The human capacity for burden is like bamboo – far more flexible than you'd ever believe at first glance. – Jodi Pi… https://t.co/bEOvk0fPQ8

We do not have to become heroes overnight. Just a step at a time, meeting each thing that comes up, seeing it is no… https://t.co/AkhYt5kaIC